Wheat noodles appeared in Northern China where they were established by AD 100, probably using technology imported from the Middle East. Noodle shops were all the rage by the Sung dynasty. Chinese rulers were the first to enjoy them, but, as wheat based noodles are nutritious, store well, and are easy to prepare, they were quickly adopted by other people. Their popularity has yet to diminish. From China, noodles found their way into cuisines of most Asian countries: Taiwan, Vietnam, Japan, Cambodia, Laos, Malaysia, the Philippines, and Singapore.

Italy is known for its extensive variety of pasta. To them, it is not just a food, but an art form. Some say Marco Polo learned the art of pasta on his expeditions to China in the 13th century and brought it back to Venice. Others believe otherwise. However it wasn't until the 18th century that it became a big business due to the mass production machines brought about by the entrepreneurs of Naples, Italy.

Noodles owe their popularity to a variety of intrinsic advantages. As mentioned before, they are nutritious, can be easily prepared, and can be stored for years. Besides that, they are also very filling, can be eaten hot or cold, and can be transported easily.

In the Chinese culture, noodles symbolize longevity. By eating noodles, it was believed that a long life would be achieved. Additionally, it is still common for noodles to be served at birthday parties instead of birthday cake. Chinese New Year's is another occasion in which noodles are served to ensure a long life. 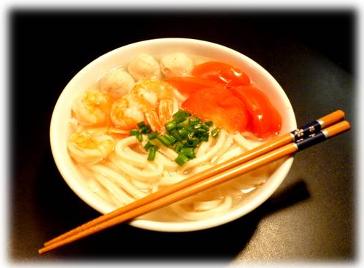